The time has come, ladies and gentlemen. You voted, I counted, and boy did it came close, but only one series has come out on top. Some of you posted secondary choices, and if this turns out to be successful, I might make the runner-up the next series I look at. Or I could start over with different choices, either one works for me (we finally got Netflix back in our house so there’s even more stuff I’d love to share my opinion on).

Just as a reminder, I’ll still be doing movie reviews once a month. The series reviews will go up at least twice a month, likely every other week.

END_OF_DOCUMENT_TOKEN_TO_BE_REPLACED

– Every Introduction to Faerie Tale Theatre

Once upon a time – the early 80’s to be exact – Shelley Duvall and Robin Williams starred in a movie based on the adventures of classic cartoon character Popeye the Sailor. Sad to say, Gendy Tartakovsky wasn’t involved (though if he did, you’d bet he knock it out of the park. Seriously, what the hell’s wrong with you, Sony?)

It was during filming that Duvall came upon the idea of recreating classic fairy tales with stars of the era. This would neither be the first nor the last time this sort of thing would be done (Shirley Temple did something similar in the sixties and I grew up with an animated series from HBO called “Happily Ever After” that put multicultural spins on their stories) but this is the one that holds plenty of nostalgia for children of the 80’s and 90’s. I still have vivid, fond memories of watching episodes on the Disney Channel or on VHS tapes from my local library and video store. Frankly I’m surprised it’s taken the Nostalgia Critic this long to even reference it, let alone talk about it (a single joke from one of the top 5 episodes made it on his “10 Jokes We Heard as Kids But Didn’t Get Until Adults”).

Last summer, I decided to finally spend some hard-earned cash on the complete series (which came with a nifty book that has all the original stories along with some fun facts about each episode). Seeing it again, however, I have to ask myself, does it hold up? Are these timeless retellings with the right amount of talent and heart thrown in, or are they absolute cheesefests with outdated effects and plots?

This show is pure 80’s – shot on video, putting its budget on star power over effects or sets and at times unsure if it’s meant for adults or children or both (and if you’re going to play a drinking game while watching, don’t take a shot for every time they use an obvious green screen, trust me on this).

In a way, that’s what gives it some of its nostalgic charm, and I’ve learned (at least according to my tastes in movies, television, etc.) that a little nostalgia can go a long way. Beyond that, however, it surprisingly still works. While the sets are obviously sets, they’re very well-made. When there’s a budget, they work hard to make it look good, often drawing direct inspiration from famous artists and paintings for each episode (The covers used for the VHS boxes mirrored this. If you want to see them, I highly recommend you check them out here.)

Also, the casting is (for the most part) perfect. Have you ever wanted to see Malcolm McDowell as a hungry Wolf in the story of Little Red Riding Hood? You’ve got it. Or how about Paul Reubens playing up Pinocchio as Pee-Wee Herman? Christopher Reeve as Prince Charming? Joan Collins and Vanessa Redgrave as Wicked Witches? Shelley Duvall as Rapunzel…

Well, I did say the casting was mostly perfect…

You’d be surprised how many familiar faces pop up in this show, both in front of the camera and behind it. In addition to well-known actors, they sometimes got some good directors for certain episodes as well, like Tim Burton, Nicholas Meyer and FRANCIS “I DIRECTED THE GODFATHER” FORD COPPOLA. Shelley Duvall may never be able to fool us into believing she’s a princess, but I will say her ability to pull together so much star power is something to be admired.

I understand that this show isn’t for everyone. I’m pretty sure if you picked an episode at random and watched it someone who has no idea that this exists, the reaction you’ll most you’ll most likely get is “What the hell?” or “Is that X as X??” But if you go in with an open mind, you’ll find Faerie Tale Theatre to be a lot of fun, and a good take on traditional fairy tales that isn’t done by Disney.

And that’s why I’ve decided to count down my top 10 personal favorite episodes of Shelley Duvall’s Faerie Tale Theatre.

But first, a few honorable mentions –

The Nightingale – A vain and sheltered emperor (Mick Jagger) hears of a Nightingale whose song is so beautiful it moves those who hear it to tears. When he tries to keep it all to himself, he doesn’t expect to learn a lesson in compassion and forgiveness. Also stars Barbara Hershey and Bud Cort, with Mako playing two roles. Shelley Duvall narrates and voices the Nightingale.

Puss in Boots – Puss (Ben Vereen) is one smart cat who plans for his impoverished master (Gregory Hines) to cross paths with a princess. This episode is actually somewhat prophetic – it’s the only episode of the show to have an all-ethnic cast (in this case, African-American), something that Happily Ever After would later utilize for the entire series. Also, this wouldn’t be the only time Ben Vereen would play a feline for children’s television. Anyone here grow up with Zoobilee Zoo by any chance?

The Dancing Princesses – A king’s six daughters have been mysteriously wearing out their dancing shoes despite their overprotective father (Roy Dotrice) locking them in their room every night. A poor but clever soldier (Peter Weller) decides to find out what they’re up to so he may win one of their hands in marriage. The princesses have plenty of personality (Leslie Ann Warren being the standout), and it has a good message about finding the one – instead of a perfect, unattainable dream prince, the right person is someone who is a prince among men.

The Princess Who Had Never Laughed – Directed by Sofia Coppola, this is the tale of a princess who gets fed up with the morose, serious life her father imposes upon her and locks herself in her room until he finds someone who can make her laugh. In the end, the village fool (Howie Mandel) is able to make her laugh not by telling jokes or doing something ridiculous, but by simply telling the truth. The ending is clever, I like the progression of the king and princess’ relationship, and it features a young Maurice LaMarche as one of the princes vying for her hand (and if you seriously don’t know who Maurice LaMarche is, drop what you’re doing and go watch Pinky and the Brain. No, seriously. This blog can wait. GO, for your own health!)

Rip Van Winkle – The classic Washington Irving story of a man out of time thanks to a bad case of narcolepsy. This would have made the list had it not been for the fact that this is more of a folktale than a fairy tale. In fact, after making Faerie Tale Theater, Shelley Duvall did a short-lived spinoff series using American folk stories, and this would feel more appropriate there. In any case, Harry Dean Stanton plays the part of the lovable but lazy titular character, and while some of the set and costume decisions are a bit odd, looking more like they would belong in a stage play than a television show,  there’s an unearthly timeless feel about the whole episode that’s pure magic (also in case you’re wondering, THIS is the episode directed by Coppola, and the costume designer here would end up working with him again on Bram Stoker’s Dracula).

And now without further adieu, the countdown:

END_OF_DOCUMENT_TOKEN_TO_BE_REPLACED

So I know what some of you are thinking…

…Actually I don’t, but I’m going to assume that you’re wondering where that Muppet Treasure Island review is.

Well, it’s nearly the end of the month, and I’m afraid that it won’t be ready in time. Frankly some unexpected things came up after my birthday and certain priorities arose that took precedence over writing it. I’m deeply saddened to say this as I feel I’ve let you down and kept you waiting for such a long time (not to mention I’ve broken my eight-month punctuality streak of which I was very proud of).

Thankfully, I’ve prepared for such an eventuality and have a short surprise something that will go up after this announcement is posted, so the thirty-day wait won’t have been for nothing.

Again, I apologize for not having it up sooner (though on the bright side you can probably expect two reviews in July. THAT will be fun…) 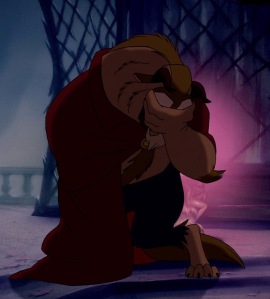 There’s 29 days left to vote for a series for me to review in addition to movies, click HERE to see your choices!

Hello my fellow readers, thanks for tuning in! My birthday was pretty great; I spent it in a movie theater surrounded by fellow nerds and comic book geeks marathoning the Captain America movies leading up to Civil War (and if my family asks, I did the noble thing and  absolutely did not skip class to see the movie…or at least 90% of it). The rest of the weekend I spent with the family and honoring my beloved mom for Mother’s Day.

This month’s review was a VERY close call that almost resulted in a tie. I would have had to flip a coin or pick names from a hat had it not been for one vote.

The people have spoken, and your June Review is… 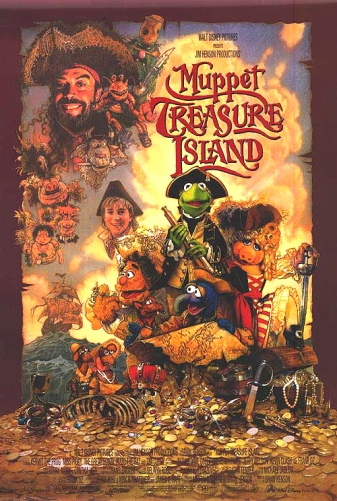 Summer’s here and I’m sailing for adventure on the big blue wet thing!

Now some of you have asked why Muppets Take Manhattan and Muppets from Space weren’t included and the answer is simple – I just don’t own them. I’ve seen them at least once, and they’re not bad movies, but they’re not my favorites either.

Well, July 31st marks the anniversary of my first review. It’s a somewhat momentous occasion for me as part of me didn’t expect that I’d make it to a full year without getting frustrated, forgetting, or losing interest. On the contrary, I’ve not only challenged myself to put my thoughts – and by extension, myself – out there, as well as get something accomplished once a month, but I’ve succeeded in doing it for twelve whole months.

I think that calls for next month’s review to be equally monumental – shall I look at one of cinema’s best examples of big laughs, big musicals, big spectacles, or big groundbreakers?

• Singin’ in the Rain

• The Sound of Music

• The Wizard of Oz

• Snow White and the Seven Dwarfs

And don’t worry, this won’t be posted on July 31st – I’ve got a schedule when writing and publishing these reviews, so unless something unexpected happens, it won’t be THAT late!

Also, the above recommendations are only that. The entire list of films you can vote for this month can be found in What’s On the Shelf. Remember, you have the entire month of June to vote. You can leave it in the comments or email me at upontheshelfshow@gmail.com. Happy Voting!

If you’ve got a dollar to spare, might I recommend donating it to the Starving Bloggers and Artists fund* here? It goes to a wonderful cause of bloggers and artists looking for work and helps keep them off the streets! You can go here to donate.

*-Disclaimer: Not an actual non-profit fund, just a jokey way of asking for a donation.