Close your eyes. Take a deep breath. Hold it for three seconds. And as you slowly exhale, say to yourself:

“Shelf? You got something you want to get off your chest before the review?”

I was waiting in line to meet Neil Gaiman at a Barnes and Noble book signing and a group of people behind me kept parroting a certain widespread falsehood to each other that drives me up a wall. Coraline was Henry Selick’s long-anticipated return to form after Monkeybone, and the film was advertised as being from the director of The Nightmare Before Christmas. HOWEVER, since that film tends to have Tim Burton’s name preceding its title, people often assume that he directed it. Ergo, those folks assumed Tim Burton directed Coraline and proceeded to bombard me with facts they pulled out of fat air to back themselves up. Never mind that a two-second glance at Wikipedia on their phones could have cleared all this up. And never mind that by attributing this stunning fantasy-horror masterpiece that Stephen King and Guillermo Del Toro wish they could have invented to the wrong man further pushes whom I consider the Chuck Jones of stop-motion animation into undeserved obscurity.

I corrected them on their erroneous assumption and pointed out that the genius we were about to meet would most likely agree with me as he himself has been trying to dispel this notion for the past decade. But they stubbornly refused to listen. No, these idiots, with all the bullheaded conviction of a staunch flat-earther, were determined to prove that Tim Burton really helmed Coralne. After all, what would Neil Gaiman, the man who wrote the book Coraline was based on and handpicked Henry Selick himself to direct the movie, know about it anyway? I quickly gave up and tried to focus on not word vomiting once I finally got to shake hands with my all-time favorite writer. In the end, I walked away with a copy of The Art of Neil Gaiman signed with a very encouraging message from the man himself, and no doubt the losers behind me ended up doing the walk of shame after Gaiman the Mighty lay waste to their narrow minds and dealt their egos an irreparable blow.

Anyways, I love Coraline. I love the animation, I love its creativity, I love most of the characters, I love how it doesn’t cop out when it comes to the scary elements, and I love how this was my introduction to Neil Gaiman’s work and to Laika Animation. As someone who is always eager to support new original animated films, I will forever kick myself for not seeing it in its original theatrical 3D because the visuals, well, they pop.

“In our defense, it was halfway through freshman year of college and we were too busy trying to stay on top of everything. Not to mention something as simple as a trip to the movies could have bankrupted us then.” 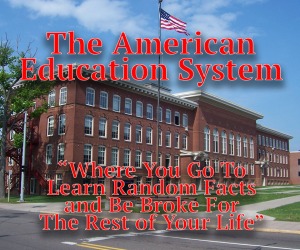