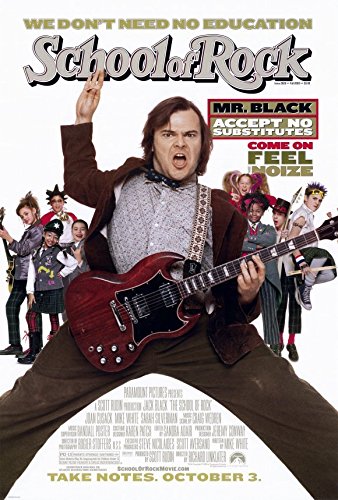 There are some beloved movies you watch and think “Why the hell did it take me this long to see this?” I can officially count School of Rock as one of them. I once caught some of it on tv during a babysitting gig that was more long ago than I care to remember, but this was my first time seeing it in full. Like Mean Girls, I’ve heard a lot of the lines before I got around to seeing the movie itself, so it’s interesting to see them in their original context. And of course, it stars Jack Black in the role that made him America’s sweetheart. So let’s get to it!

And no, I have not listened to or seen the musical version yet, so I apologize for not making a lot of comparisons throughout.