Once upon a time in the faraway land of Malta, an actress named Shelley Duvall starred in a little movie called Popeye. A blithe innocent spirit, Ms. Duvall kept herself entertained with a charming book of fairy tales in between shooting. Duvall recounted the story of The Frog Prince to her costar, Robin Williams, who found the tale humorous enough to his liking. From there, an idea sprung that would stay with many a child of the 80s and 90s.

From 1982 to 1987, Duvall produced and hosted Faerie Tale Theatre, a 27-episode long anthology series on Showtime. She convinced many of the biggest stars of the time to play the roles and even a few well-known auteurs to direct using her clout and gregarious charm. Duvall herself would star in seven of the episodes as well. This show, along with HBO’s Fraggle Rock, proved to be one of the first successful examples of cable programming and cemented itself as a cult classic. My own experience with Faerie Tale Theatre stems from renting episodes on VHS from my library at a very young age. Back in the day, if you really wanted to know what you were in for, then you could turn to the VHS cover. Yes, we’re all familiar with the old adage about not judging a book et cetera, but there’s an art to home media releases that’s tragically all but lost. The VHS tapes of Faerie Tale Theatre had a specifically crafted painting made for each episode done in a famous art style that the episode itself replicated in its set and costume design. Apart from giving you an idea about the content on the tape, it was just pretty to look at. Tell me, which is the more inviting, this – 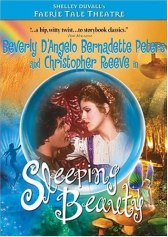 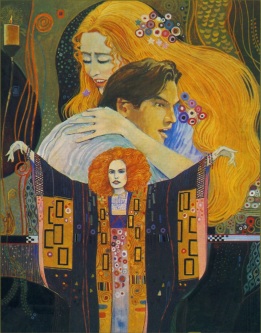 After a lengthy time gap, I rediscovered the entire series on Youtube and watched with fascination. While many of the effects and the over-reliance on green screen certainly dates it, there’s a nostalgic charm that’s far from a deal-breaker. This was well before Disney began building upon and later deconstructing classic fairy tales with the Renaissance and Revival periods of animation, meaning the stories are told completely straight with just the bare amount of changes needed to fill an hour runtime. Seeing a score of well-known actors in fantasy costumes playing to the cheap seats can make you feel like you’re watching a pantomime, but there’s hardly a moment where it seems like they’re doing it just for the paycheck. Everyone involved looks like they’re in on the idea of putting on an entertaining show. Some performances remind us how excellent some of the actors are at their craft, others show sides to their talent that were rarely seen – though for the most part, there’s plenty of ham to go around, ham smothered in heaps of delicious cheese.

So I’ll be going through every episode in order, providing a ranking, a little bit of the stories’ history, why they were changed, and how they hold up compared to other versions. I won’t be classifying the reviews season by season as the amount of episodes in each one is erratic, with some having as many as six or as few as two. Despite their being only twenty-six of them (plus one reunion episode), there’s going to be a lot to unpack.

See you tomorrow when I review the first entry in this series, The Tale of the Frog Prince.