Hello all! I know I said I’d be on a break, but having just finished watching the results of this years Oscars ceremony (I had to record it because the folks didn’t want to watch it this year, but the new DVR we installed was a butt and stopped at the last half-hour so I had find clips of the winners on Youtube well after they won), I had to share my off-the-cuff thoughts on the winners, losers, and everything in between.

Some of you might remember everything I had to say last year I summed up in one picture.

Well, there have been outcries since then over the lack of representation in movies since La La Land’s supposedly intentionally exclusion of other races, and they’re not unfounded. I’m not gonna say this year’s Oscars fixes everything forever in one fell swoop, but as Eglantine Price once said, “It’s a step in the right direction.” I’m proud that many of the winners were immigrants, minorities, and passionate outspoken women, all of them with a voice and stories to share. This doesn’t feel like a case of giving the award to them whether they deserve it or not just to make them feel included either; these Oscars are justly earned. Even in the wake of the Harvey Weinstein scandal and the unfortunate resurgence of white supremacy within our own government, nothing has been able to silence these filmmakers. If anything, the terrible opposition that has rose against them has given them greater incentive to make themselves seen and heard as much as white people do everyday.

Speaking of representation, a major reason why I’m so over the moon over this year’s Oscars is because the Academy gave genre films as much due as the highbrow drama fare that they normally hand all the awards to. I’m of a mind that escapist, magical, comical, or even terrifying films can be just as moving as the most down-to-earth tragedy. It’s a known fact that Richard Attenborough admitted ET should have won Best Picture instead of Ghandi (love Ghandi’s work, but if I had to choose between four hours of preaching for peace and two hours of a boy and his alien flying on a bicycle, give me the alien any day). So yeah, who’s to say that a movie like Indiana Jones isn’t on the same level as Gone With the Wind? Or Star Wars can’t inspire as much as Citizen Kane? Or that The Adventures of Baron Munchausen couldn’t possibly leave you in more awe and wonder than Crash?

What? It’s a semi-snarky movie review blog. Had to get a jab at Crash in there eventually*.

Whatever the case, what Oscar-winning director Guillermo Del Toro (you have no idea how ecstatic I am to finally say that**) said during his acceptance speech is true; using fantasy as an allegory to address issues is perfect. And this is coming from a man who has never shied away from how shitty studio politics can get when making movies that are original or take on fantasy-horror conventions, God bless him (I’m looking forward to the ads for Pacific Rim 2 highlighting the new additions to his trophy cabinet). This approach not only worked for The Shape of Water, but it DEFINITELY worked for the smartly written Get Out. Jordan Peele, this may be your first screenplay, but I certainly hope it’s not your last. Looks like The Emoji Movie was good for something after all.

And on the topic of firsts, MY MAN GARY OLDMAN.

He must have the patience of a saint to not open his speech with “About fucking time”. It’s a wonder that it took him this long to win, let alone get nominated twice. Frankly I think the Academy blundered long ago by not nominating him for his take on Dracula, but that’s just me***. Oldman’s one of the best actors of our time with a filmography rife with some of the best movies of the past twenty years, and he had this award long coming to him. I couldn’t be happier for the guy.

Remember my long, long tribute to Glen Keane in my Beauty and the Beast review? Again, I am beyond thrilled to say I can now add the title of Oscar winner to his name.**** I mean, he already has multiple Annies and the coveted Winsor McKay award which are basically Oscars for animators, but to get recognized this way and for a film that elevates the sport of basketball to a moving saga of one lifetime with beautiful hand-drawn animation and a score by JOHN FREAKING WILLIAMS…well, safe to say this is another high point in a career that’s chock full of them. Good on you, Glen.

Continuing from there, it’s no secret that Academy voters tend to lean towards Pixar movies for Best Animated Feature, whether they deserve it or… 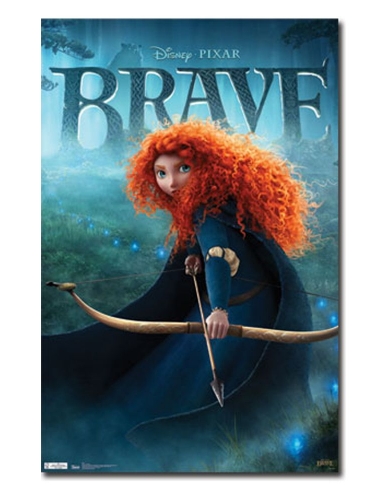 But regardless if any of the voters actually bothered to watch the animated nominees this time around, I will not put up a fight with this particular outcome. I am loco over Coco. It is my new obsession. I can’t think of an animated movie in recent years that moved me as much as it did. Animation? The CGI is so good I think they kidnapped some of the guys from Disney to work on it. Colors? I swear they invented new shades of marigold and purple just for this film. Characters? Love ’em all (I have never wanted to hug a skeleton until Héctor came along). And sorry to rain on your parade Greatest Showman fans, but “Remember Me” beat “This Is Me” fair and square. Don’t get me wrong, it’s a good song and any tune about being true to yourself that’s belted by a bearded lady deserves all the kudos, but when you come right down to it, it’s your standard feel good anthem that wouldn’t feel out of place on Top 40 radio. “Remember Me” has significance within the story of Coco that only gets deeper as the film progresses and strips away the showiness. The themes of the movie are in that very song. And I can’t think of any musical number where TWO covers of it within the same movie have driven me to tears.

“Remember me…though I have to say goodbye…”

The rest of the awards, well, I don’t have much to comment on. The comedy was a bit on the “meh” side compared to last year, but what do you expect when Jimmy Kimmel is hosting? I will say the montages were truly inspiring, particularly the first one showcasing 90 years of movie magic. Wow, the Oscars is 90 years old already. I can only imagine what they’re gonna do once it hits 100…

Admittedly I wasn’t in the position to see all the movies I wanted to in theaters the past year, and I won’t waste time listing them all, but now I have more incentive to take the time and watch them, even ones I wasn’t sure if I’d like. For all we know, some of those films might end up on The Shelf (Spoilers: Coco’s already there right now!)

* – I don’t actually hate Crash. I had to watch it once in my sociology class and I appreciate how it tackled issues of racism that are very relevant today head on. I just think one, Brokeback Mountain deserved the Oscar more, and two, had this movie been made today it would have been better with a more gentle touch as opposed to the sledgehammer one we got.

*** – And on that note, I’m making it my mission this Halloween to show it to anyone in my immediate circle who hasn’t seen it yet, tastes in horror be damned. I love you too much to condemn you, but THE BLOOD IS THE LIFE.

Follow Up On The Shelf on WordPress.com
Join 63 other followers
Xmas Review Votes Due:November 25, 2021